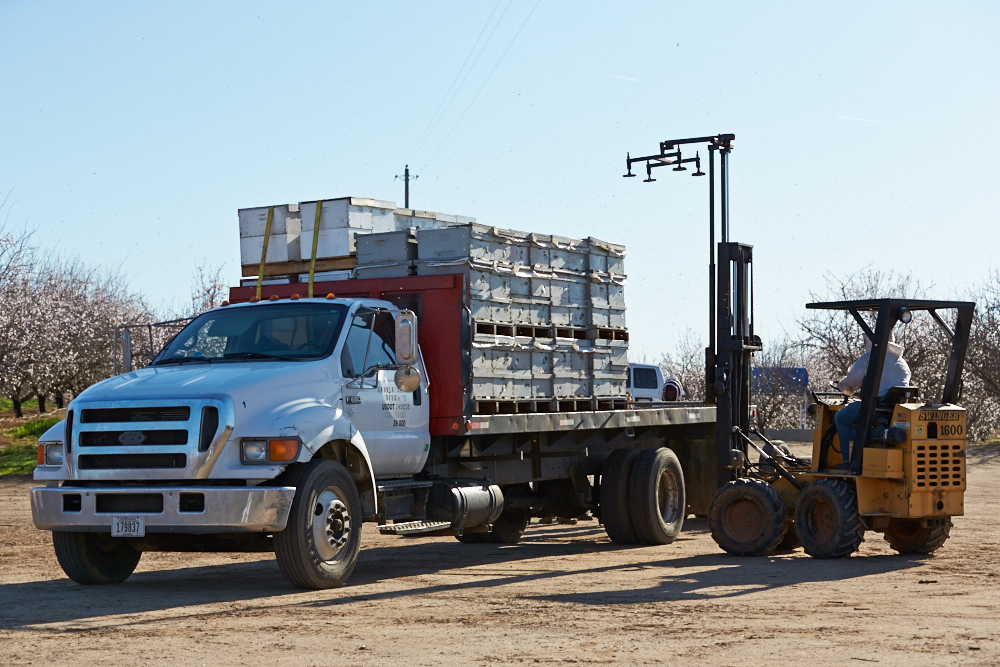 From the private sector to state and federal entities, the Almond Board of California is actively sharing the industry’s long-standing commitment to honey bee health with those in the private sector and state and federal entities. During these discussions, the Almond Board speaks to growers’ efforts to ensure almond orchards remain a good, safe place for honey bees as well as the industry’s extensive honey bee research.

In early April, the Almond Board’s Bob Curtis, director of Agricultural Affairs, along with honey bee queen breeder Jackie Park Burris, who represented the California State Beekeepers Association, spoke at a Senate Ag Committee hearing focused on honey bee health. During the hearing, these two covered various issues impacting bees on behalf of both the almond and beekeeping industries. Key among these issues were the following:

Building on the good work of Curtis and Park Burris, Almond Alliance of California and California State Beekeepers Association sponsored an augmentation to the California Department of Food and Agriculture (CDFA) Bee Safe budget change proposal to be included in the governor’s proposed budget. Additional funding would address the above issues and others, such as hive theft, and these issues would be reported to CDFA, County Ag Commissioners and rural crime task forces. The items were held open pending release of the governor’s May revise.