A proposito dell'industria delle mandorle
Back to news

Almond Board of California Envisions Farm of the Future with $4.8 Million Research Investment 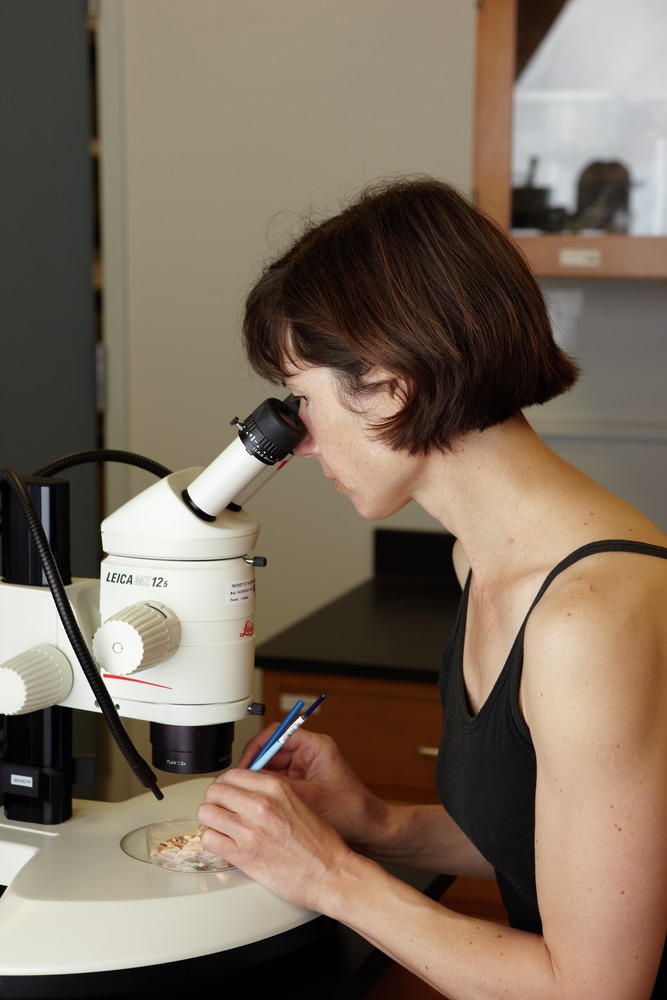 The announcement was made at the 45th annual Almond Conference, an event that convenes almond farmers and processors to dialogue with researchers about the latest science. The California Almond community, through ABC, has invested nearly $70 million over 40 plus years to build a foundation of research on improving how almonds are grown, processed, and consumed. Growing Good highlights the industry’s continually evolving farming and processing best practices based on that research investment, which has built a foundation for continuous improvement that is helping almonds to be an economically, environmentally and socially responsible crop for California.

“Almond farmers’ growing practices and processors’ handling practices are rooted in science, and the almond industry has been investing in research that pushes the envelope and partnerships that break boundaries. This new sustainability publication highlights some of those efforts as well as programs that support responsible, efficient almond production,” said Almond Board Director of Sustainability and Environmental Affairs, Gabriele Ludwig. “One of those programs is The Almond Conference. Over the next few days, thousands of attendees will attend fifty plus sessions, a bustling trade show and other events, all while networking with their peers and researchers. It’s key to continuous improvement.”

Launched in 1973, ABC’s research programs provide a scientific basis for best practices across several priority areas. Three of those key areas include water sustainability, protection of honey bees that pollinate the almond crop, and new uses of almond hulls, shells, and woody materials in an effort to use everything produced in the orchard; a zero waste approach. Each of these focus areas are highlighted in Growing Good.

Since 1982, California Almond farmers have committed $6.7 million to 201 different water research projects spanning irrigation efficiency, groundwater recharge, and water quality. Through production improvements and adoption of water efficient technologies, this investment has helped almond farmers reduce the amount of water needed to grow a pound of almonds by 33% over the past 20 years.2 Of this year’s projects, 14 focus on water with an investment of $1.2 million.

Since honey bee health was made a strategic research priority of the Almond Board in 1995, the California Almond community has committed $2.6 million dollars in support of 113 projects that address the five major factors impacting honey bee health. Research has also supported the development of orchard practices designed to keep bees safe during almond pollination. California Almond farmers added to that investment this year with six research projects totaling nearly $300,000, funding more honey bee health research than any other crop group.3

A current project focusing on honey bee health is:

Almonds grow in a shell, protected by a hull, on a tree, and the California Almond community has ensured that each of these coproducts is put to beneficial use through investment in 58 research projects since 1977, totaling $1.6 million. Nine studies have been funded this year with a commitment of $540,000 to determine how almond coproducts may address needs across food, pharmaceuticals, agriculture, automotive, and more.

“Almond Board of California, in collaboration with our industry partners, is working every day to bring profitable, innovative solutions for coproducts back to farmers and processors. Having a robust economic outlook while remaining committed to environmental sustainability are not mutually exclusive, which is why I’m excited to be a part of this effort,” said Chico almond farmer and research collaborator, Rory Crowley.

For this year’s announcement, one of the research projects that will focus on innovative uses for almond coproducts is:

Almond Sustainability for the Future

Continued commitment to scientific research is helping the California Almond community grow the farm of the future, as reflected in Growing Good. The publication, the first of its kind for the Almond Board, highlights almond farmers’ and processors’ heritage of sustainability and commitment to continuous improvement, while shining a spotlight on key Almond Board programming supporting those goals. Key points of interest from the 2017 publication include:

“We are family farmers. For the most part, we live on our farms or very close by to them, raise our kids here and want them to inherit our farms and our companies,” said Almond Board President and CEO, Richard Waycott. “When we think about improving our industry across the myriad areas of opportunity, it also involves wanting to make a better environment for our children and grandchildren. Research investment plays a huge role in this future.”

Each research project is funded through an assessment paid per pound of almonds produced. Projects are selected by a committee of almond farmers and processors based on strategic alignment to industry needs and anticipated impact of the research, and after review by a research advisory group of independent experts who evaluated the proposals for scientific merit. For more information about the Almond Board’s more than 40 years of almond farming and environmental research visit AlmondSustainability.org and the Research Database. 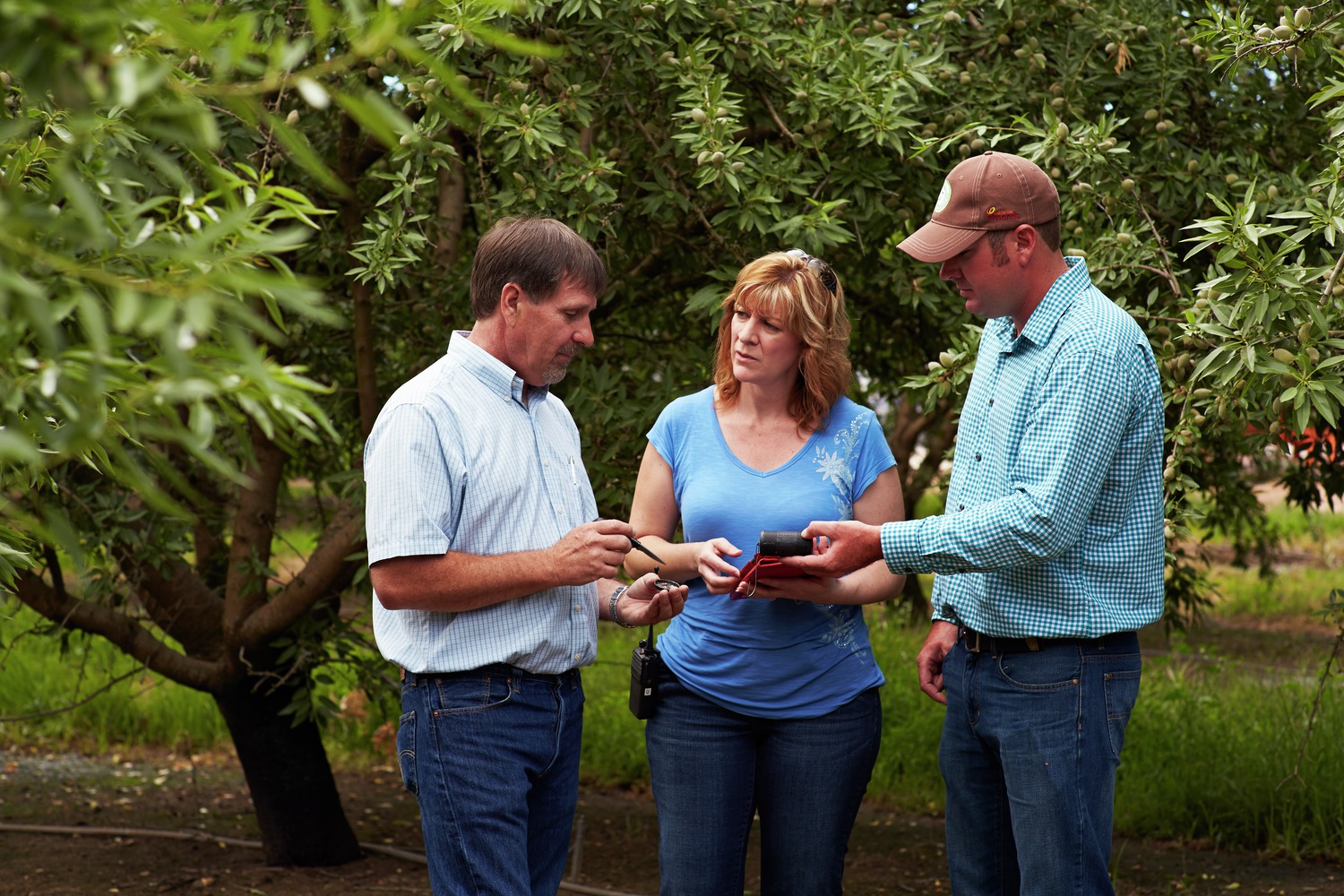 1Sustainable almond farming utilizes production practices that are economically viable and are based upon scientific research, common sense and a respect for the environment, neighbors and employees. The result is a plentiful, nutritious, safe food product.

About the Almond Board of California